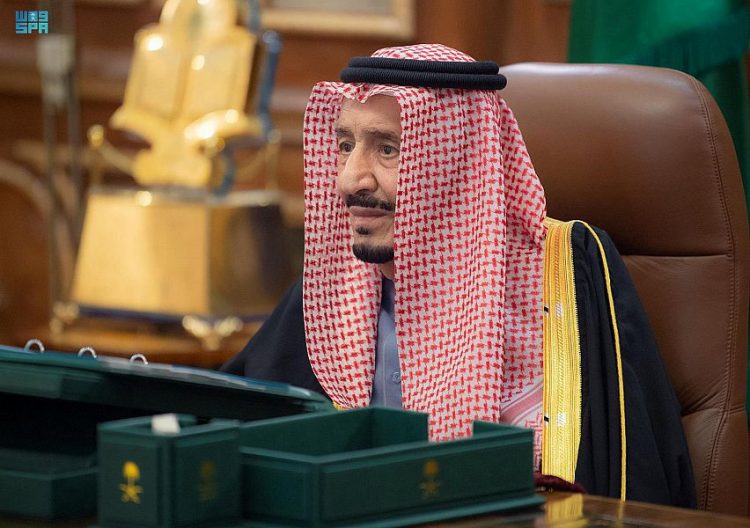 Then, the Cabinet addressed the recently concluded Future Minerals Forum, in Riyadh, and the signed agreements and memos of understanding, on its sidelines it witnessed, a well as discussions on the most significant future trends in the sector, features of the future of minerals, amid the sustainable development in the industry, across the world and the role of the Kingdom of Saudi Arabia, in keeping abreast with such trend, in the light of Saudi Vision 2030, that aims at expanding the industrial base and economic diversification.

In addition to making the mining sector the 3rd pillar of the national industries and increasing its contribution to the GDP from $17 billion to $64 billion by 2030.

The Cabinet considered the Kingdom continuity as the 3rd ranking economy, among the biggest donor countries in terms of the humanitarian assistance, in 2021, across the world and being the biggest donor for Yemen, according to the UN Financial Tracking Service (FTS), a reflection of the well-established values and principles this country is keeping to cherish, as well as its people in providing assistance to those in need, everywhere.

The Cabinet also considered this achievement as an embodiment of the Kingdom of Saudi Arabia’s high international status, in this field.
The Cabinet commended the contribution of Zakat, Tax and Customs Authority, in coordination with General Directorate of Narcotics Control, in thwarting two attempts to smuggle more than 8.3 million units of various narcotics.
and sign it before referring the final signed copy to proceed with formal procedures.

Authorizing the Minister of Finance and Chairman of the Board of Zakat, Tax and Customs Authority – or a deputy – to sign a draft agreement between the government of the Kingdom of Saudi Arabia and the government of Japan on cooperation and mutual assistance, in customs domain.

Approving a memorandum of cooperation between General Authority of Civil Aviation, in the Kingdom of Saudi Arabia and General Civil Aviation Authority in the United Arab Emirates, in the field of civil aviation security.