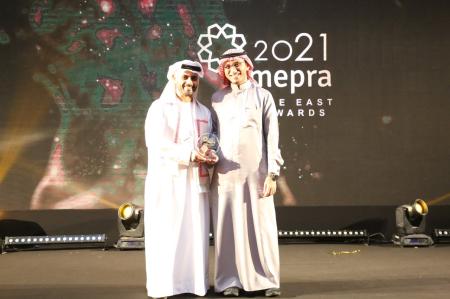 W7Worldwide succeeded in being shortlisted in 13 of the 56 categories, with more than 88 agencies and in-house communications teams participating in the prestigious MEPRA Awards.

This triple award win proves W7Worldwide’s leading position in Saudi Arabia and the GCC region with its business model of a truly homegrown communications agency that operates to the highest international standards and creates the communications leaders of tomorrow. Founded in 2001, MEPRA is a self-governing non-profit member association, established to set world-class standards for the public relations and communication industry in the Middle East.

“This year saw the largest ever MEPRA Awards with the calibre of entries higher than ever, demonstrating the brilliant and diverse communications campaigns undertaken in the region.” said Taryam Alsubaihi, MEPRA Chairman, “We are pleased to see the strong participation from a homegrown Saudi based agency with winning entries, reflecting the high level of skills, creativity and leadership in the PR and communications profession in the Kingdom.”

“We are immensely proud to have excelled again this year with 3 MEPRA Award wins, which must be credited to our incredible team’s hard work, dedication, innovation and outstanding abilities.” said Abdulrahman Inayat, Co-Founder and Director of W7Worldwide, “These award wins make us the only independent Saudi agency to have successfully entered and are testament to the achievement of our goal to create the best homegrown agency with exceptional talent that elevates and positively contributes to the growth of the profession in the region.”

With over 300 in-house, agency and individual members, MEPRA is the voice of the public relations industry committed to setting standards of excellence. Now in its 20th year, MEPRA is regarded as one of the most important PR and Communications awards in the Middle East, driving professional development and promoting the industry. W7Worldwide participated in the awards to gain industry recognition of its work and commitment to elevate the PR and Communications profession in the region and to reinforce its position as Saudi Arabia’s leading independent agency.