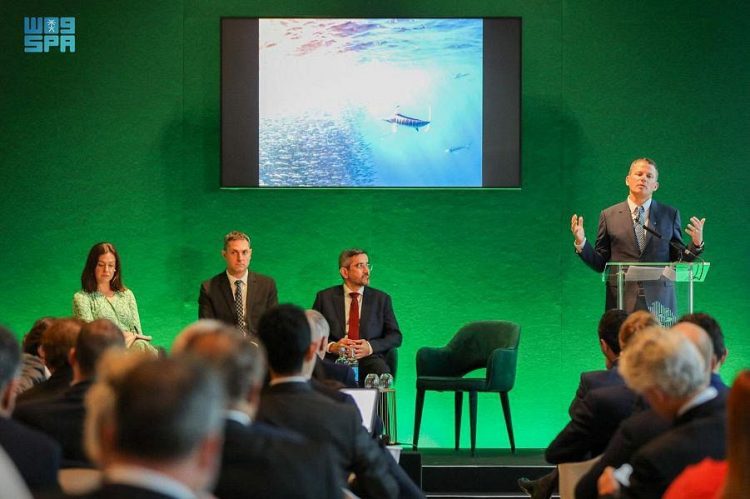 Saline Water Conversion Corporation (SWCC) has shared its expertise and initiatives on environmental sustainability to realise Saudi Green Initiative through the Saudi Green Initiative Forum that has been recently held in London with the participation of more than 90 leaders and investors from various countries and in the presence of Saudi Ambassador to the UK Prince Khalid bin Bandar bin Sultan bin Abdulaziz and Lord Jacob Rothschild.

As high as 63% of previously Family-owned Firms’ Market Value, Increased

The forum went over the goals of the Saudi Green Initiative in improving the quality of life and protecting future generations through increasing reliance on clean energy and preserving the environment as part of the Kingdom of Saudi Arabia’s regional efforts in realizing global targets to combat climate change in reducing carbon emissions by 278 tons annually by 2030 before reaching neutrality in 2060.

SWCC Deputy Governor for Technical Affairs and Projects Eng. Saleh bin Abdullah Al-Mani, during a speech in a discussion session on the water aspect, referred to the role of the SWCC in consolidating water resources and maintaining non-renewable water resources as part of the Corporation’s efforts in activating the concept of the “positive environment for water” in all supply chains from production source, transport systems and beneficiaries.

He noted that the SWCC has adopted scientific research through its research arm (The Institute of Research and Innovation) and utilizing the 4G technologies and machine learning technologies in its development projects.

Eng. Al-Mani uncovered SWCC’s initiatives to limit carbon emissions through transforming the thermal systems into environment-friendly production systems that rely on clean energy resources, referring to the role of the national competencies in developing engineering innovations with high efficiency in power consumption and designing and implementing production systems with national industries that led to realizing a world record in reducing consumption that reached 2.27 kilowatt per hour for each cubic meter. This is in addition to activating a circular economy through reusing water and recycling filters in production systems, and developing the engineering principle in technical designs in a way that suits the needs of beneficiary sides, whether they are agricultural, industrial or civic. He also referred to the Corporation’s initiatives in maintaining marine environments safety through investing in the Zero Liquid Discharge (ZLD) technology and extracting salts and minerals and transforming them into products with high economic value for the industrial sector.

He also shed light on SWCC’s initiative in planting more than five million trees that contribute to producing 650,000 tons of oxygen annually and get rid of 120,000 tons of annual carbon emissions, in addition to the initiatives concerned with increasing the energy efficiency and improving the efficiency of production systems that will play a role in reducing 60% of carbon emissions by 2024, which equals 34 million tons annually representing 26% of the total targeted reduction of CO2 emission in the Kingdom of Saudi Arabia planned for 2030.