Growth Rate Revised, up, Budget Deficit, down, by Jadwa 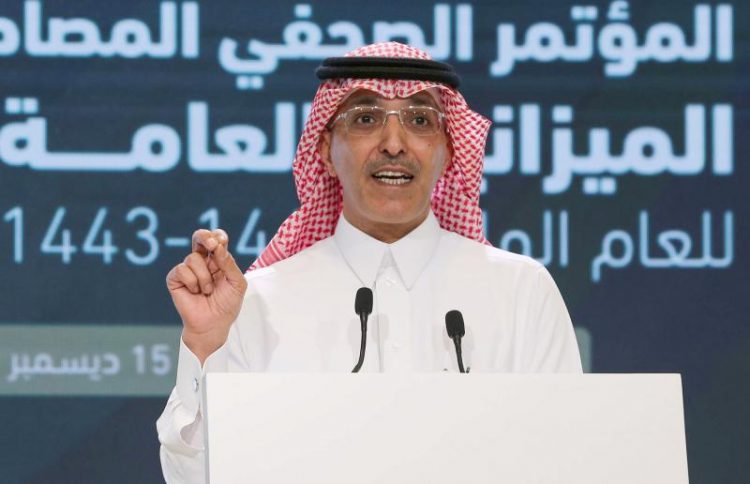 Outlook for the growth rate of the Saudi economy, revised up, for the remainder of the current Year 2021, to 2.7%, by Jadwa Investment company, compared to its previous expectations, which was indicating a possibility of a growth rate of 1.8%.

For the time being, the company is more optimistic about the growth rate, during the next year, too, as it expected economic growth to significantly rise to reach 7%, grace to a considerable increase, in the growth of the oil sector, as well as strong growth levels, also, for the non-oil sector.

On the other hand, the current value-added tax rate, would not change, it suggested.

Coming to the budget deficit, in the period from the beginning of the year to the third quarter of 2021, it was revolving around an average of about SR5.4 billion, it showed, pointing out that the Ministry of Finance, was expecting a budget deficit of SR85 billion, while Jadwa’s expectations were less than that, predicting that the budget is likely to record a deficit of SR56 billion.

Furthermore, Jadwa expected that the Kingdom would record a surplus of SR35 billion, in 2022, a year earlier than the current estimates of the Ministry of Finance expect, and it would be, if realized, the first surplus since 2013.

Saudi economy will find support through other large expenditures, in government spending, which is still, despite its decline on an annual basis, approach as much as SR1 trillion, it stated, elaborating that the Public Investment Fund and the National Development Fund are expected to be the driving engines for investing huge capital to bolster the economic development process, in the Kingdom, in the future.

Referring to the budget performance statement, which revealed an increase in government oil revenues by 25%, on an annual basis, in the period from the beginning of the year until the third quarter of 2021, it explained, indicating that a high level of marginal tax was applied, with average oil prices reaching more than $70 per barrel, during the third quarter, where a higher rent rate is used when prices are between $70 to $100 a barrel.

Looking to the future, the company said, despite the sharp decline, in Brent, the benchmark blend prices, during the past few days, as a result of concerns over the Omicron variant, it went to add.

Brent blend prices, in the year, as a whole, have been adjusted by Jadwa, through raising it up to $71 per barrel, compared to $67 per barrel, according to previous estimates.

Government’s total oil revenues would amount to about SR600 billion, compared to SR528 billion, according to Jadwa’s previous estimates, pointing that for a longer period, 2022, and in the light of the increase in the crude oil production, by the Kingdom to about 10.3 million barrels per day.

And with Brent blend prices at $71 a barrel, it is expecting that the total government oil revenues will also amount to about SR600 billion next year, as there will be more clarity about Aramco’s expectations for dividends, in 2022, it forecast, calling it the main key to further raising for expected revenues from this segment.

Non-oil revenues increased by 33%, on an annual basis, in the period from the beginning of the year until the third quarter of 2021, an increase that primarily came as a result of an increase in the value-added tax (VAT), that applicable starting from July last year, which, in turn, led to the “taxes on goods and services” segment recording 100%, in collection, compared to the same period, in 2020.

Meanwhile, revenues from the “other income” segment declined by 34%, on an annual basis, in the period from the beginning of the year to the third quarter, which is likely to have been negatively affected by the suspension of some allocations, limiting various allowances, on annual basis, in 2021, Jadwa explained.

Adding that looking, at a longer period of time, some other components of non-oil revenues are expected to achieve further recovery, in 2022, including taxes on “income, profits and capital gains”, thanks to the continued improvement in corporate profitability, in line with the growth of the non-oil economy.

Finally, the value-added tax (VAT) is expected to remain, in place, at 15% unchanged, it concluded.

Aramco Plans to Increase Investment in Downstream Activities in Malaysia