The US administration call on largest oil consumer nations to withdraw from their strategic stockpiles reserve, in order to meet consumers demand, or curb oil hike, would only

reinforce the limited options outside the OPEC+ spectrum, as it is clear that the tools that US President Joe Biden spoke about, in response to OPEC+ unfavorable reaction to his call to increase their daily output, are not instrumental to change or to cause disturbance, in the world oil markets.

Especially, that oil major consumers, in Asia, were asked to withdraw from their strategic petroleum reserve (SPR).

Calling on largest importers, in Asia, to mull withdrawing from their SPRs, was supposed to confuse the markets, but it is clear, to the contrary, now, that the effect was too slight to send sentiments bearish, as it was temporarily offset by the high compliance to the set quotas by “OPEC +” parties, as proven, in October, at 116% commitment.

Industrialized oil consuming countries keep their SPRs, primarily for emergency use only, (but not to effect or affect price ceilings).

Henceforth, it is imperative to strike a concerted deal with other largest oil consumers, to withdraw from their SPRs.

Such a perspective may turn to be shortsighted and would not bear effect, even in the short term.

But, to the contrary, the cost of compensating such patchy withdrawals, will be over expensive for those major economies, namely of the Organization for Economic Co-operation and Development (OECD) member states.

Most of the OECD’s SPR stockpiles were bought over decades and almost a great share of them, were built, in an era of the low oil prices, likewise the circumstances, during the pandemic last year, which may not be repeated, in the short or medium term, to the least.

Therefore, the current oil price levels, at $80 barrier will have a significant impact on those economies, especially after most of them greatly benefited from cheap oil prices, especially China and India, in 2020, as aforementioned.

Although China does not, officially, announce the size of its strategic stockpiles, however, it is estimated, at about 1 billion barrels (including strategic and commercial stockpiles), enough for about 100-day of imports, averaging 10 million barrels consumption, per day.

Its SPR stockpiles are about 315 million barrels, enough for about 90-day of minimum mandatory storage requirements for its imports.

Nor were its SPR used during the 2011 tsunami, as Japan faced not a shortage of oil or oil derivatives, but a shortage of electric power, due to the shutdown of nuclear power plants.

Therefore, calling on major consuming economies to mull the use of their SPRs, will not have any economic impact, if not repercussions, but only on them, and may affect their energy security, in the long run, especially, in case of out of the blue emergencies and contingencies, or disasters. 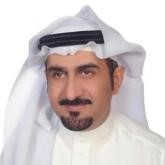