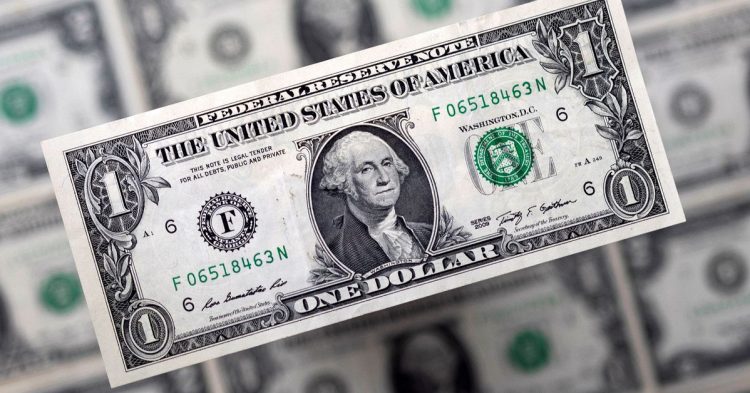 The U.S. dollar was broadly weaker on Thursday as investors, encouraged the prospect of a slower pace of interest rate hikes from the Federal Reserve, placed bets on riskier assets, Reuters reported.
The eagerly awaited readout of the Nov. 1-2 Fed meeting showed officials were largely satisfied they could now move in smaller steps.
“I think now it is almost certain that we’ll see the FOMC slow its pace of tightening from December,” said Carol Kong, a currency strategist at the Commonwealth Bank of Australia (CBA).
The dollar index =USD, which measures the greenback against six major peers, was down 0.066% at 105.830, after sliding 1% overnight.
This month, the Fed raised its key rate by three-quarters of a percentage point for the fourth straight time in an effort to tame stiflingly high inflation.
But slightly cooler-than-expected U.S. consumer price data has stoked hopes of a more moderate pace of hikes. Those hopes have seen the dollar index slide 5.1% in November, putting it on track for its worst monthly performance in 12 years.
Citi strategists said there is still substantial uncertainty around how high rates might climb, despite the consensus that rates will rise more slowly.
The minutes also showed an emerging debate within the Fed over the risks that rapid policy tightening could pose to economic growth and financial stability. At the same time, policymakers acknowledged there had been little demonstrable progress on inflation and that rates still needed to rise.
Data on Wednesday showed U.S. business activity contracted for a fifth straight month in November, with a measure of new orders dropping to its lowest level in 2-1/2 years as higher interest rates slowed demand.
CBA’s Kong cautioned, however, that the markets are too optimistic about a possible imminent end to the tightening cycle and noted there was still heavy support for the U.S. dollar due to China’s zero-COVID polices.
Rising coronavirus cases have led Chinese cities to impose more curbs, increasing investor worries about the economy and putting a lid on risk appetite.
The Australian dollar AUD=D3 rose 0.25% versus the greenback at $0.675, while the kiwi NZD=D3 was 0.26% higher at $0.625.
The euro EUR=D3 was up 0.23% at $1.0419, while sterling GBP=D3 was last trading at $1.2083, up 0.26% on the day. The pound rose 1.4% overnight after preliminary British economic activity data beat expectations, though it still showed that a contraction was underway.
The Japanese yen JPY=EBS strengthened 0.54% versus the greenback to 138.84 per dollar.
U.S. markets will be closed on Thursday for Thanksgiving and liquidity will likely be thinner than usual.