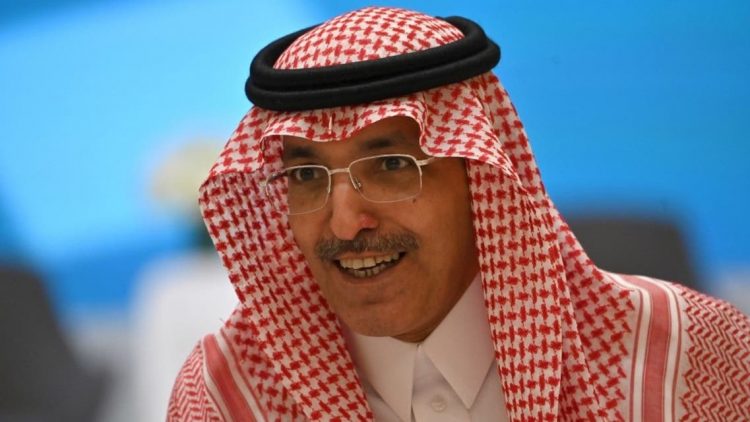 At the beginning of the meeting, AlJadaan welcomed the Finance Ministers of the Gulf states in their second country, the Kingdom of Saudi Arabia, expressing thanks to them, the Deputy Ministers of Finance in the GCC countries, all the specialists in the committees and technical teams, and all employees of the General Secretariat for the efforts made during the past period to enhance the process of cooperation between the countries of the Council.

He stressed that the leaders of the GCC states are keen for the GCC to reach the highest levels of economic integration, noting that the Supreme Council directed, in its last session, to work on resolving issues that impede reaching the final status of the customs union, and also stressed the importance of implementing the requirements of the Gulf common market, for the benefit of the citizen. The GCC countries benefit from the opportunities and advantages, and contribute to advancing the growth and prosperity of the GCC countries.

He pointed out that the economies of the Gulf Cooperation Council countries were not immune from the effects of the economic crises the world is going through, stressing that the GCC countries were keen to confront these crises proactively, indicating that their quick treatment of the expected effects contributed to containing their effects within a short period.

He added: “as a result, the GCC countries continued to maintain the wheel of development and achieve high economic growth rates, despite the International Monetary Fund’s lowering of its expectations for the performance of the global economy during the current and next two years, which gives promising opportunities to enhance economic integration and continue the blessed march to achieve the desired goal towards reaching Gulf economic unity,” noting that “the challenges and difficulties facing the world are still present and ongoing, which requires everyone to intensify the level of efforts and cooperation to preserve the gains and overcome these challenges.”

After that, the Secretary-General of the Gulf Cooperation Council reviewed the meeting’s agenda, then began discussing the results of the work done during this year by all the committees and teams to achieve economic unity, in addition to evaluating what has been accomplished and exploring future prospects to enhance the role of these committees and teams in strengthening the bonds of cooperation between Council countries.

At the conclusion of the meeting, the Minister of Finance expressed his aspiration to achieve tangible results before holding the next session’s meetings in a way that would live up to the aspirations of the leaders of the GCC countries and the peoples of the region, wishing the Sultanate of Oman success in the next session.

Following the end of the committee meeting, the joint meeting of the finance ministers and central bank governors of the GCC countries was held with the Managing Director of the International Monetary Fund, Kristalina Georgieva.

At the beginning of the meeting, the Minister of Finance, Mohammad AlJadaan, welcomed the ministers and governors, and Georgieva, expressing his happiness that this meeting was held in presence in Riyadh after three years, noting that the global economy was severely affected by the Covid-19 pandemic, and then recovered strongly within 2021, but is now facing major headwinds, while the effects of the epidemic remain, supply bottlenecks persist, energy and food markets are in turmoil, with inflation rising to its highest levels in several years; This necessitated the tightening of monetary and financial conditions, indicating that in light of these conditions, economic growth is slowing, and risks to expectations are still great.

He added, “In our region, I am confident that the outlook is favorable despite the challenging global environment. Yes, we are benefiting from higher oil prices, but the strong growth we are seeing is growth primarily driven by the reforms we have implemented. Financial conditions are strong, along with ongoing reforms to enhance the investment environment and create more jobs.”

AlJadaan considered the cooperation between the Fund and the countries of the region to be very close, noting that “our countries have benefited greatly from expert advice in the context of Article IV and from support for capacity development, and important reforms are currently being implemented in light of the difficult global environment, and we look forward to continuing strong partnership with the International Monetary Fund.”