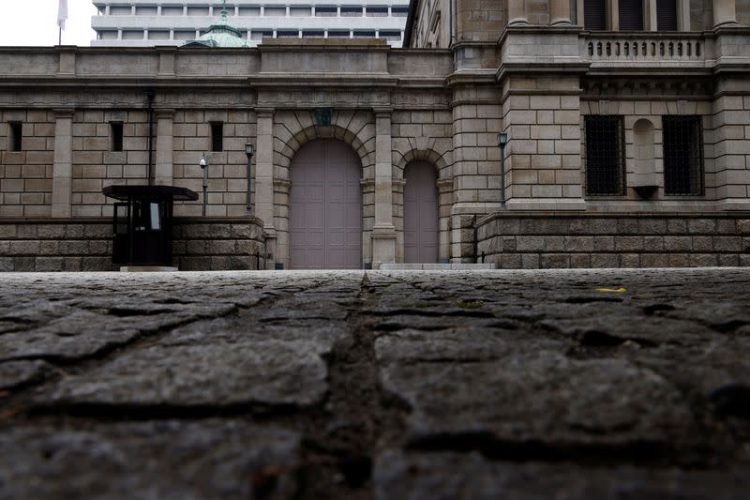 The Bank of Japan kept ultra-low interest rates on Thursday and vowed to hold them there to support economic growth as it swam against a global tide of monetary tightening by central banks fighting to rein in soaring inflation.

The decision came after the U.S. Federal Reserve delivered its third straight rate increase of 75 basis points on Wednesday and signalled more hikes, underscoring its resolve not to let up in its battle against inflation.

The policy divergence pushed the yen to a fresh 24-year low and past the closely watched 145 to the dollar level, highlighting the dilemma Tokyo faces in trying to support a fragile economy with ultra-low rates without accelerating an unwelcome yen decline that inflates the cost of imports.

Shortly after the decision, Japan’s top currency diplomat said authorities would not tolerate excessive swings in the yen, a warning that comes a week after officials delivered their firmest indication yet that they would intervene in the market if needed.

Investors are now focusing on BOJ Governor Haruhiko Kuroda’s news conference later in the day for his views on inflation and the currency’s sharp declines.

“The BOJ was aware that an announcement like this should surely prompt a weak yen beyond 145 per dollar,” said Hiroaki Muto, an economist at Sumitomo Life Insurance. “It’s clear that 145 yen wasn’t Kuroda’s line-in-the-sand.”

As widely expected, the BOJ kept unchanged its -0.1% target for short-term interest rates, and 0% for the 10-year government bond yield.

The unanimous decision came after a board reshuffle that brought in two newcomers in July, one of whom replaced a dovish member who consistently dissented to keeping policy steady. The vote count suggests the two members likely won’t rock the boat on monetary policy decisions for the time being.

The central bank also decided to phase out a pandemic-relief loan scheme and instead expand a liquidity operation targeting a broader range of corporate funding-needs.

“The BOJ expects short- and long-term policy interest rates to remain at their present or lower levels,” the central bank said in a statement announcing the rate decision, making no change to its dovish guidance.

The yen dropped to a 24-year low of 145.405 per dollar immediately after the BOJ’s announcement but then sharply swung back to around 144.50.

Top currency diplomat Masato Kanda said after the BOJ’s policy announcement that authorities would step into the market to prop up the yen if necessary.

“There are cases where we could conduct stealth intervention,” Kanda told reporters. “We haven’t intervened yet, but we’re ready to take action any time.”

The BOJ remains an outlier among a global wave of central banks withdrawing stimulus to battle soaring inflation, and will likely become the last major monetary authority in the world with a negative policy rate.

But Kuroda has ruled out the chance of a near-term withdrawal of stimulus on the view that wages need to rise more to sustainably achieve his 2% inflation target.

Kuroda’s dovish message has worked to weaken the yen, contradicting the government’s efforts to slow the currency’s decline through verbal threats of yen-buying intervention.

Market players expect the yen’s downtrend to continue and test Japanese authorities’ nerves on whether they will resort to the ultimate weapon – yen-buying currency intervention.

Once welcomed for the boost it gives to exports, a weak yen has turned into a headache for Japanese policymakers as it pushes up the cost of importing already expensive fuel and raw materials.

The world’s third-largest economy expanded an annualised 3.5% in April-June, but its recovery has been hobbled by a resurgence in COVID-19 infections, supply constraints and rising raw material costs.

Dollar pauses for breath as euro and pound try to rebound