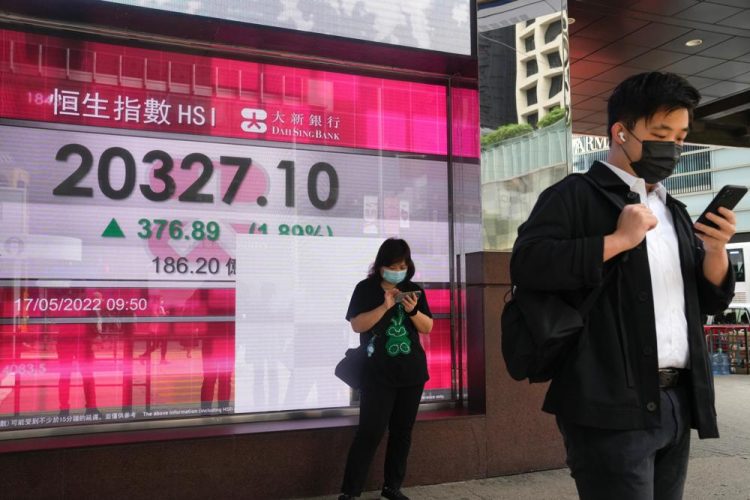 Wall Street was heading toward a strong open on Tuesday as investors took in another batch of earnings from retailers that could reveal how persistent inflation is impacting consumer spending.

Futures for the S&P 500 jumped 1.5% while the same for the Dow industrials was 1.1% higher, despite mounting doubts over the U.S. economic outlook that has dragged down markets for six weeks.

The Commerce Department reported Tuesday that retail sales in April rose 0.9%, a solid increase that underscores Americans’ ability to keep ramping up spending even as inflation persists at nearly a 40-year high.

Investors also are watching for comments by Federal Reserve officials that might provide insight into the U.S. economic outlook and future policy moves.

Signs of progress in China’s effort to bring outbreaks of coronavirus under control appeared to be outweighing concern over weaker than expected U.S. and Chinese economic data.