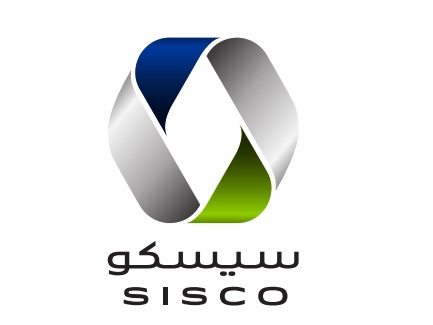 The net profit after zakat and tax for the Saudi Industrial Services Company “SISCO” decreased to SR800,000 during the first quarter, compared to SR32 million during the same quarter of the previous year, by 98%.

This came after SISCO announcement on Tuesday the consolidated preliminary financial results for the period ending on 31.03.2022 (three months).

Profits per share during the current period amounted to SR0.01, compared to SR0.4 during the same period of the previous year

The reason of the increase (decrease) in the net profit during the current quarter compared to the same quarter of the last year is:

The decrease in net profit during the current quarter compared to the same quarter of previous year is due to the following:

– Results for the quarter were impacted by on-going global supply chain disruptions, which were compounded by the resumption of pandemic restrictions in China, affecting gateway and transhipment volumes in the Ports segment.

– Revenues and profitability in the water segment were impacted during the period due to a decrease in the production of the desalination plant of the Kindasa facility for two consecutive months during the quarter which resulted in a loss incurred by the subsidiary.

All issues related to this decline have been resolved.

– Consequently, gross profit for the period declined to SR 90.2 million in Q1 2022, from SR 134.9 million in the same period last year, as headwinds in the global ports and logistics sectors impacted margins during the quarter.

– Reported net income for the quarter was SR 0.8 million compared to SR 32.3 million for the same period last year, as a result of a decline in gross profit during the period due to a decrease in the production at the Kindasa plant which impacted revenues and profitability, and a reduction in SISCO’s share of Red Sea Gateway Terminal’s (“RSGT”) net income from 60.6% to 36.36% during the period, following the divestment of its direct equity stake.

The reason of the increase (decrease) in the net profit during the current quarter compared to the previous period of the current year is:

The increase in net profit for the current quarter as compared to the previous quarter is due to the following:

– In the previous quarter (Q4 2021) the Company reported a net loss of SR 0.9 million mainly due to the decline in margins as a result of lower gateway volumes in the Ports segment, and a number of one-off items amounting to a net adjustment of SR 6.5 million.

Financial statements for the current period have been prepared according to the International Financial Reporting Standards (IFRS) that are endorsed in the Kingdom of Saudi Arabia and based on that the presentation, measurement, recognition and disclosure for some of the financial data has been changed to comply with IFRS accounting policies as adopted in the Kingdom.

In March 2022, SISCO completed the acquisition of a 31.7% direct equity stake in Green Dome Investments LLC (“Green Dome”) from its subsidiary Saudi Trade & Export Development Company (“LogiPoint”). The acquisition reinforces SISCO’s strategy of expanding its presence in logistics services and maintaining its position as a leading player with a presence across the logistics value chain.

SISCO continues to make strong progress with the delivery of its five-year strategy to drive long-term value creation and double revenues to SAR 2 billion by 2025. The partial divestment of the Group’s direct equity stake in RSGT in 2021 unlocked significant value and capital for the Company to deploy on value accretive investments that are in line with its strategic focus areas of ports, logistics and water. SISCO has a strong pipeline of potential acquisition opportunities that it is actively pursuing and will be providing material updates to the market in due course.